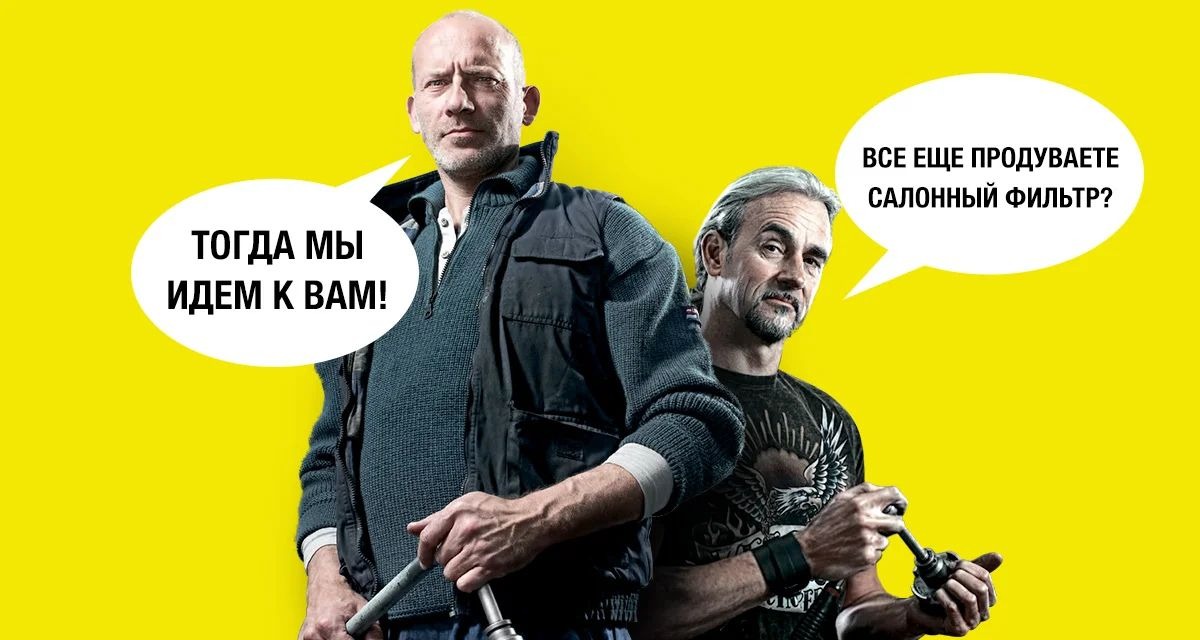 The optimal frequency of replacing the car's interior filter is twice a year-in spring and autumn. The minimum is once a year or 15 thousand km of mileage. By cleaning the air in the cabin from dust, insects and allergens, we get rid of coughing and sneezing. But gradually the filter becomes clogged and ceases to perform its functions. And when the time of its replacement comes, many people, after looking at the price tags of new filters, decide to restore the performance of the polluted old one. But still, if you are in doubt whether it is better to blow and knock out the old filter or buy a new one, we recommend reading this article.
Most often, people advise blowing the filter with a compressor or vacuuming. To improve the result, you can also tap the filter on a hard surface to knock out the dust and other solid particles left after blowing.

In addition, filters are also advised to be washed in water, adding various detergents. And in order to "disinfect" the filter from bacteria, it is advised to treat it with an antiseptic.
Life hacks are useful, helping to save time and money, prolonging the life of some things. But resuscitating a salon filter is a hopeless task, and sometimes even dangerous for health.
Let's take a closer look at why the filter does not restore after cleaning, but even loses its properties and what it threatens.
The filter becomes cleaner only externally, the main dust remains inside

If you process the cabin filter mechanically, it will become a little fresher. But neither the vacuum cleaner nor the compressor are able to blow out / suck out the smallest dirt from it. The fact is that the filter material is not a sieve, but a multilayer structure. And it is designed specifically to detain the smallest, most dangerous particles of pollution for the human body. 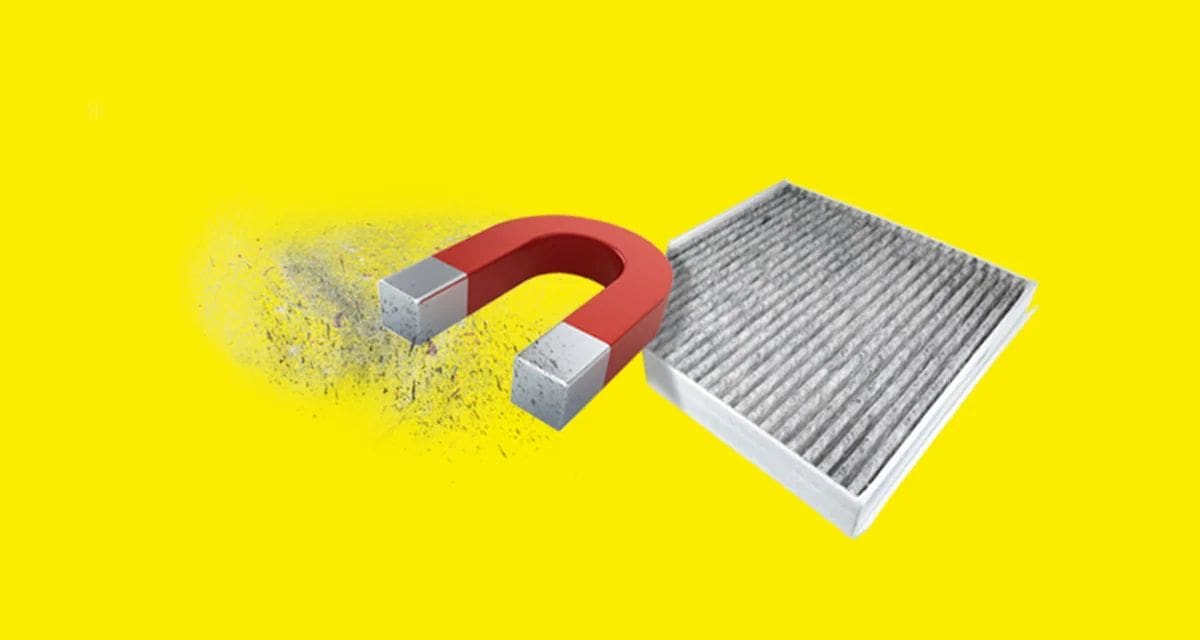 The cabin filter has the highest degree of filtration relative to other filters. On average, it filters out particles with a size of 0.5 microns (the thickness of a human hair is 70 microns). And there is no barbaric way to extract these microparticles from the used filter.
However, if you want to extend the life of the fan motor of the heater of your car, you can take out and vacuum the filter twice a year: in the summer after the season of poplar fluff and pollen, as well as in the autumn after the end of leaf fall — this will slightly reduce the filter resistance.
The new cabin filter has an electrostatic charge, after cleaning the filter loses it

In order for the filter to attract the smallest particles (first of all, plant pollen), it is charged. Over time, the electrostatic charge decreases, after a maximum of a year, the filter must already be changed, including for this reason, regardless of the mileage of the car.
After mechanical cleaning or washing, it is impossible to restore the electrostatic charge in garage conditions. Accordingly, this is another confirmation that the filter will significantly lose its properties.

Antibacterial impregnation disappears after washing, an antiseptic will not replace it

In most cheap filters, there are no impregnations. Modern expensive cabin filters use different impregnations against mold and bacteria, a polyphenolic coating that neutralizes allergens. After contact with water and cleaning products, there will be no trace of useful impregnations. 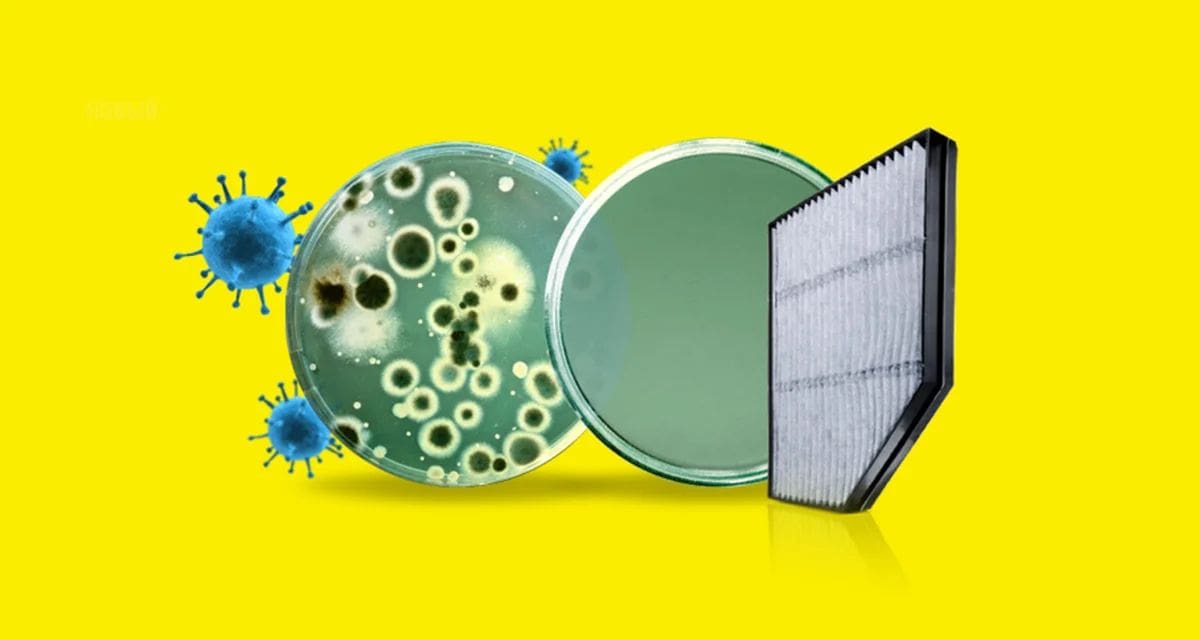 Over time, the impregnations also lose their properties, so you need to change the filter, and not hope to breathe new life into it. It is believed that without antibacterial impregnation, the cabin filter, and then the entire air conditioning system, will be covered with fungi. Pathogenic microorganisms will circulate through the cabin thanks to the air conditioner, an unpleasant smell will appear in the cabin, the health of passengers will deteriorate. But, in fairness, it must be said that there is an alternative point of view on this issue. Many doctors and engineers involved in ventilation systems are skeptical about the possibility of fighting bacteria with the help of special nutrition of cabin filters. After all, favorable conditions for the reproduction of microorganisms arise near the evaporator of the air conditioner, and the "salon" is far away from it.

And most importantly (but few people know about this) - not a single salon filter is now made of paper. The ban is prescribed in many technical requirements for this type of product! Because cellulose provides the most favorable conditions for the reproduction of bacteria. And automakers also want the material not to support gorenje. And therefore, a modern salon filter is made only of non-woven synthetic filter material. In fact, any of them can be considered antibacterial!

Carbon filters are no exception, any cabin filter needs to be changed on time

Carbon filters absorb harmful gases and additionally reduce unpleasant odors. According to the leading researcher of the Department of ecology of vehicles NICIAMT FSUE "NAMI" Z. "micropores of activated carbon adsorb large molecules of toxic gases from the air: nitrogen dioxide, light hydrocarbons (methane, propane, butane, pentane), aromatic hydrocarbons (benzene, toluene, xylene) and alcohol vapors (both methyl and isopropyl).Of these, the most toxic is No₂, nitrogen dioxide, a substance of the second hazard class (the first, most dangerous, class includes, for example, mercury and potassium cyanide). Nitrogen dioxide strongly irritates the mucous membranes. Even when inhaling a small amount, the resistance of the respiratory tract increases — even healthy people find it harder to breathe. What can we say about the sick. Moreover, nitrogen dioxide makes a person more susceptible to pathogens: the risk of catching, for example, bronchitis increases." 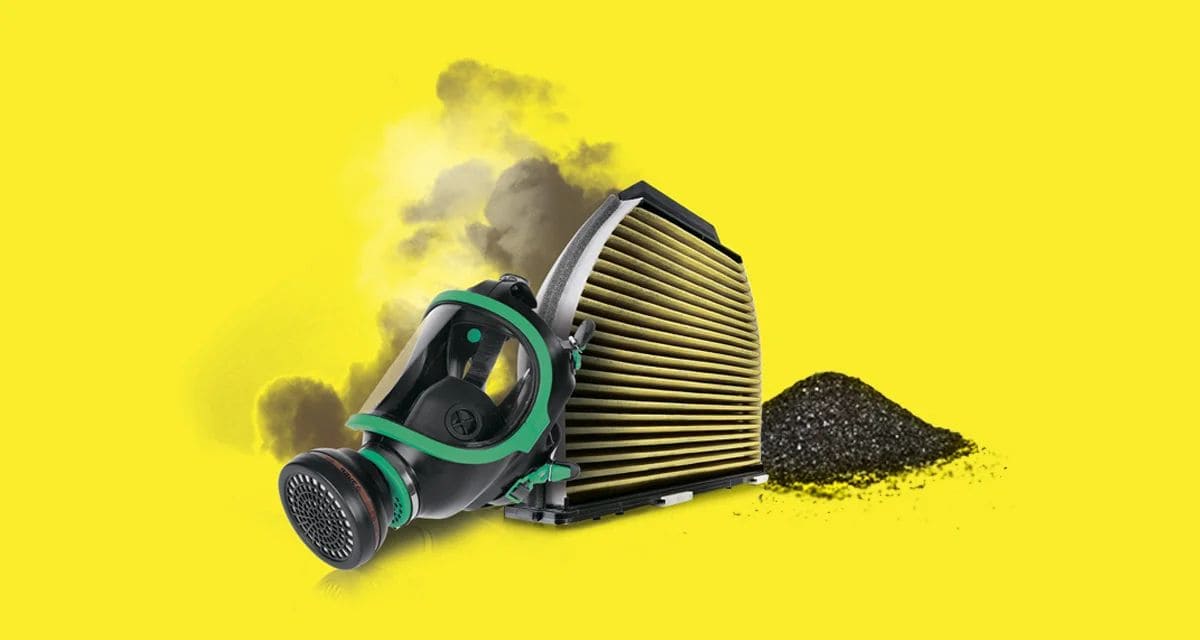 Washing the carbon filter will not return the ability to absorb harmful gases, and the filter material will deform. Any salon filter needs to be changed in a timely manner, and not to arrange for it to be washed and cleaned. This will not return the previous properties to the filter, and the improvements will only be external.
What problems does a clogged cabin filter bring with it? Even if it is cleaned or washed with powder.

Even after washing and cleaning, there will be dirt in the spent consumable, on which moisture will condense. This moisture will then enter the interior and settle on the windows. Hence-fogging of windows in rainy weather, which affects driving safety.

* Dust from the air ducts.

Wet cleaning will not save, although the visible part of the dust can be removed in this way. But let's remember about fine dust, which is invisible to the human eye. It will also circulate through the cabin and settle on the light passengers.

The smell of mold and the feeling that you are not in your favorite car, but in a damp cave-all this guarantees a clogged cabin filter due to the spread of microbes and fungi. If we are talking about a coal filter that normally reduces the intensity of unpleasant odors, then driving past a landfill or a refinery with a clogged filter will not go unnoticed.

But it's not just that. The main task of a carbon cabin filter is to protect passengers from harmful gases that may not even have an odor. If the cabin filter has already served its time, it will not cope with this task, no matter what they do with it.
How to choose the right cabin filter

1. Find out the catalog number of the original part and select the cabin filter only by it.
2. Make sure that the selected filter is installed tightly, without gaps,in the seat.
3. The less the filter is deformed in the hands, the better: the probability of incorrect installation is lower. The presence of an additional frame or corners glued to the ends increases the rigidity of the structure.
4. The filter material must have a laminated coating on the side facing the fan, so that the lint from the filter does not get into the ventilation system.
5.The air flow direction marking must be present on the filter. The designations "Top" or "Bottom" are also highly desirable, which facilitate the orientation of the product during installation.
6. The carbon filter does not have to be sealed in polyethylene: activated carbon is "triggered" only when air circulates, which is actually excluded inside a box lying in a warehouse or in a store.
7. When the size of the box is much larger than the filter itself, this is not yet evidence of a fake. Many manufacturers prefer to save on packaging in this way: due to a smaller number of standard sizes of boxes.
8. The carbon filter should be chosen by weight: you should prefer a heavier one — there is more activated carbon in it.

According to the newspaper "Autorevue", which conducted a test of 10 carbon filters in the Lefortovo tunnel in Moscow and in the laboratory in 2021: "The tests proved that the rule "Do not think and take the original!" does not work with salon filters: the "court" micronAir turned out to be worse in some positions than the products of other famous companies. In our case, the best were coal-fired Mahle, Mann+Hummel and Bosch."
Results

The cabin filter is the most "young" of those that appeared in the car. In Russia, there is still no understanding of its importance, the principle of work and the culture of regular replacement. But it is extremely important to do this, because none of the ways to "revive" the cabin filter really works and only creates the appearance of cleaning.

Whether to change the cabin filter with the arrival of autumn is up to you. Someone has a car in the garage all summer and is used only on weekends. And someone can drive around half the country over the summer or hang out every day in gas-filled traffic jams. Focus on the mileage and operating conditions of the car.